Navigation Menu
Home>>Blog>>Towards an Islamic Phenomenology of Consciousness and Action: Part I

Towards an Islamic Phenomenology of Consciousness and Action: Part I 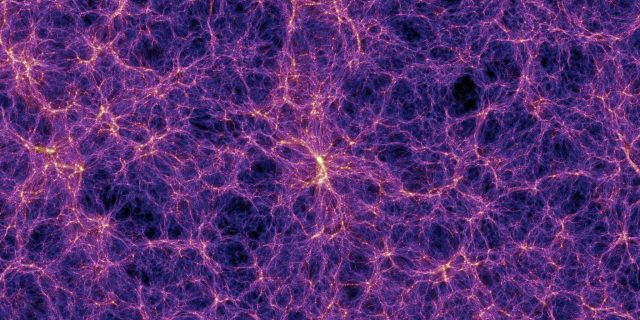 Below are some excerpt, draft paragraphs penned as part of an ongoing project to articulate an Islamic phenomenology of consciousness and action. See also the complementary series of draft philosophical notes:

The intention is to post more excerpts at least once a week over the coming months – inshāʾa Ãllãh.

Towards an Islamic phenomenology of consciousness and action. [Part 1]

9.1 The question of the coherence of Islamic Economics arises only when the science of economics is considered in empiricist abstraction, as something akin to (if not one in spirit with) that of science in the narrow sense. The empiricist conception of the human being is inseparable from the origins of the science of economics and its separation from ethics. As we have seen, that conception is rooted in the abstraction of the economic from the moral. It does not mean that the founders of economic science had no moral instincts at all; rather the moral instinct, either consciously or subconsciously, became subsumed to the abstraction. The resultant box that economics occupies as a discipline or as a special science in the narrow sense126 thus constitutes a subjective paradigm (in the Kuhnian sense of ‘paradigm’). That paradigm contours and, in effect, dictates the accepted paths of research in the field. Consciously or subconsciously, some researchers in the field of Islamic Economics approach its subject matter in a disjointed manner: In order to fit within the paradigm they may tack some fragment of Islamic values and rules, taken in abstraction from Islam in concreto, upon some sub-paradigm within the larger discipline of economics (e.g., “Islamic capitalism”, “Islamic socialism”). But the concrete facts of human experience that give relevance to the subjective box do not depend on the subjective paradigm; one may consider other approaches, indeed, other scientific approaches, to the concrete facts of interest. Our suggestion is that one possible scientific approach (in the broad sense), sufficient to serve as a foundation for the study of economic consciousness and action, is to be found in the concrete fact that is Islam itself.

9.2 This suggestion may be met with immediate dismay by many, if not most readers (whether “religious” or not). We have already analyzed the sources of that dismay in the meta-categories of Western-civilizational discourse, and their manifestation of those meta-categories in the dualism of domain intrinsic to the two epistemic extremes: scientism and fideism. In concert with the other points of attack we have covered, an immediate reaction of disbelief to our suggestion is to be expected. After all, isn’t Islam in the main a mere “faith”, just a system of dogma, rituals, rules, and personal spirtuality?

9.3 We would like to emphasize that Islam in the concrete is not a faith per se, any more than morality is purely an economic matter of utility and efficiency. In the case of Islam we are dealing with a multi-layered abstraction. As we have discussed, faith involves the belief that something is true without knowing it to be true. But in the current civilizational zeitgeist faith, at least when it involves “religion”, is treated as though it strictly involves the belief that something is true which cannot be known to be true. This is then projected upon religion as a whole in opposition to science in the narrow sense, and the dogmatic circus routine of Faith vs. Science gets into full swing, with all of its self-delusions, sophistries, and interminable discourse, some of which we have discussed here and elsewhere.127 The fact of the matter is that Islam is not a faith per se. Faith is a moment of consciousness within the Islamic framework: But in general faith is also a moment of consciousness within the general struggle to obtain knowledge; a point that emphatically includes science in the narrow sense. The fact of the matter is that, given a propositional truth in any universe of discourse, the faith that it is true and the knowledge that it is true are not binary opposites; rather, they belong to a spectrum of true belief.128 Islam in concreto is not a faith but a path to knowledge, not a gnosticism but a scientia (= science in the domain-neutral, broad sense).129