Philosophical Notes on an Islamic Phenomenology of Consciousness: Part II 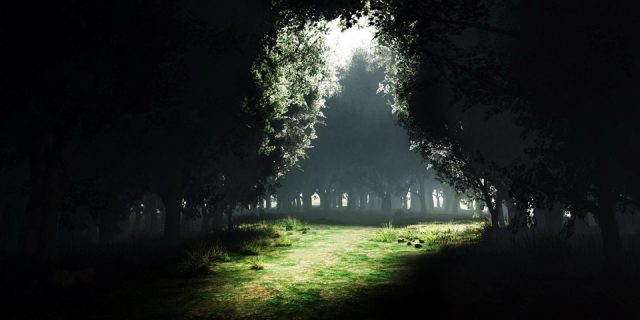 Below are paragraphs three through five of eight penned during the course of writing what is provisionally Chapter 8 of a current philosophical project. The first two may be found here:

In effect, these seven collectively constitute appendices to the main theme of the chapter: the development of an Islamic phenomenology and science of consciousness. Much of the content presumes earlier sections, including definitions and explanations of terminology. That said, these notes are comprehensible outside of the original context, at least for for the most part.

Disclaimer: These paragraphs and footnotes are drafts and are almost certainly not in their final states.

8.48.3 There is no straightforward English translation of ‘ḥaqq’. Its meaning encompasses various senses of the words ‘true’ (e.g., “genuine”), ‘real’, and ‘just’. The original sense of the Greek ‘aletheia’,205 whose standard translations are ‘truth’ and ‘reality’, approaches an exact translation of ‘ḥaqq’: The dialectical contrast of ḥaqq with appearance (ẓuhūr) is clearly cognate, if not identical, to the related distinction in Ancient Greek.206 The German ‘wahrheit’ in its Hegelian sense, itself inspired by Plato’s use of ‘aletheia’ (Mure 1959, p. 165) also comes close. In the Arabic of the Qurʾān and the Prophet of Islam, the overlap of metaphysical and phenomenological nuances of ‘ḥaqq’ (at once a verbal noun and present participle) is subtle and deserves an in-depth study. We will briefly return to this when we discuss the topos of cognizance.

8.48.4 Let us briefly consider the relevance of walāyah to the Qurʾānic sign cited in the course of the ḥadīth containing the fundamental dialectical principle (§ 8.41):

We will show them Our signs in the Horizons [macrocosms] and in their Egos [microcosms] until it becomes clear to them that it is the True/Real. (Q 41:53)

On the other hand, the two readings converge phenomenologically. It turns out that cognizance of Walāyah and cognizance of God are exactly the same thing. Yet God qua God is in no manner identical to Walāyah in the dialectical sense that we are discussing. This apparent paradox of phenomenological identity and metaphysical difference is critical for grasping the topos of cognizance, which we discuss further on.

8.48.5 One of the critical points of difference between the Islamic framework of scientia and that of classical Western philosophy lies in the manner in which each approaches love and God. In general, Western philosophy has been unsuccessful in integrating “love” into a conceptual framework of ultimate deity. For example, see our earlier discussion of Aristotle and the Prime Mover (§ 8.11). Aristotle had no sympathy for the Platonic Forms, but he strictly adhered to the Platonic doctrine of the convergence of reality, intelligibility, and goodness. As discussed, the strict bifurcation between true intellectual activity and process or motion in Aristotle entails a God who is the object of love but who cannot love or move the world through love. Such purely teleological love is an orphan: He may have a future but cannot find his past.208 Furthermore, love was generally considered to constitute a subjective affection of the psyche, a means but not an objective end for philosophy, except perhaps in a purely intellectual sense. For Aristotle, human love dies along with individual passive reason at death; only the efficient reason of pure intellectual activity survives. Spinoza contended that the human being must cultivate an intellectual love of God, but at the same time insisted, “He who most truly loves God must not expect God to love him in return”.209 Such purely intellectual love is a widow: She may have a past210 but continues to love and mourn her absent life partner (who cannot reciprocate). The fruits of Platonic and Aristotelian speculation over many centuries of philosophical endeavor in Western and traditional Muslim civilization have rarely, if ever, captured the sweetness of any dialectic of true loving involving the Divine and the human being. The timeless, immaterial, and idolized activity of pure noetic thought could never do more than swallow its tail within its own, ultimately subjective, universe of discourse.211