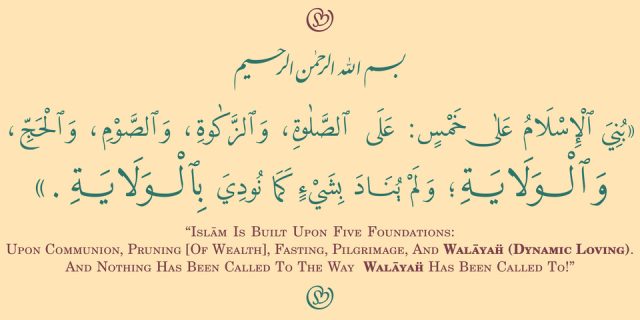 It is a common saying, even a cliché, that Islam is the most misunderstood “religion.”1 Yet it is quite accurate, to the extent that one can argue that the essence of Islam remains a stranger to the world, even to many Muslims. As a comprehensive way of life Islam has a vast myriad of cosmological, spiritual, and dispensational aspects that authentically flow from its sources. We call these aspects Islamic. At the same time, there is a vast array of phenomena and activities that are, e.g.,

Furthermore: Given the oneness of the sources of Islam and the multiplicity of its myriad manifestations, the movement towards a correct understanding and knowledge of Islam requires a benchmark, one that will provide, e.g.,

In the present age of civilizational dysfunction in the Muslim world and a situation of extreme disinformation about Islam in the Western world, raising awareness of that benchmark is perhaps more acute than ever. Otherwise, no matter how “religious” a Muslim claims to be, one will merely “fly from the Way of Allah the way an arrow is shot aimlessly from its bow.”2

A great-grandson of the Prophet of Islam (Ṣ),3 Muḥammad ibn ʿAlī al-Bāqir (ʿA)4 faced a similar situation of disarray and confusion in the Muslim world. In response he began to teach and emphasize the benchmark, the ultimate criterion and the unifying principle and praxis in terms of which can be defined every primal aspect of Islam, be it cosmological, spiritual, or dispensational; or every distillation of those aspects, be it theological, ethical, or legislative/ritual. That is the Principle and Praxis of Walāyaḧ:

Islām is built upon five foundations: communion (ṣalāh), pruning [of wealth] (ẓakāh), fasting (ṣawm), pilgrimage (ḥajj), and dynamic loving (walāyah). And nothing has been called to the way walāyah has been called to.

The last phrase, “And nothing has been called to the way dynamic loving has been called to,” provides the criterion and unifying praxis. It turns out, as our research has shown, that every aspect of Islamic cosmology, spirituality, and dispensation (along with their more one-dimensional distillations in theology, normative ethics, and laws) can be defined in terms of a dialectic of Love. Without this dialectic of Love, the mill of Islam ceases and falls off its axis, as predicted by the Prophet of Islam (Ṣ).

It is the mission of this site to provide a platform to share research projects and explorations into this walāyah, into the criterion and unifying principle and praxis that lies at the heart of every genuinely Islamic phenomenon and reality. In particular we are interested in some of the (oft-time neglected) more advanced, multidimensional, and scientific aspects of Islamic cosmology, spirituality, and dialectics.

For casual or introductory/intermediate readers our section Reflections will provide material and posts accessible to the general public. Our section Meditations (in the ḥusayniyyaḧ) is geared more towards very advanced topics (some considered controversial in more conventional circles) and is strictly a members-only/invitation-only institution, at least for now. In either case our motivation is a search for truth and reality via a struggle for cosmological objectivity:

And weigh with the straight balance! That is better and more beautiful by way of taking things back up to the source. [Qurʾãn 17:35]

This struggle for objectivity involves cultivating freedom from the cocoons of preconceived notions and ossified traditions and dogma. It involves stepping out of the usual box of subjectivity and into fresh ways of looking at the phenomenon and reality of Islam.

In the coming days this introductory post may be edited and modified. At the moment the Walayah.org team is working through bugs and and other kinks in the system. Kindly report problems you may encounter.