Being Lost and Finding The Way 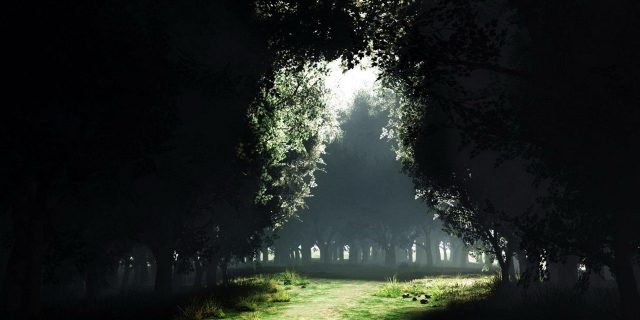 EVERGREEN, CO — Walayah is certainly a difficult subject to write about as it encompasses the entire Din of Islam. Everything related to Islam can be described in terms of Walayah.

I was born into a Muslim family and started studying Islam at a very early age. I took further interest in this religion/faith/way of living when I moved to the United States at age 17. Excited by my new experiences and the variety of new cultures and belief systems surrounding me, I debated with Christians, Jews and other believers in God-sent ways of life. Those debates prompted me to accept Islam as the best Din, above all others. After all it was the most logical and best way of living one's life.

When I first heard Dr. Hamid describe Walayah, I didn’t fully grasp it. I had to listen to him talk about it two or three other times before I started to understand the concept. This was during the year of 2003. Since then, the succeeding few years were spent with further learning from Dr. Hamid’s explanation of Walayah. The process is ongoing and a constant blessing in my life. Dr. Hamid has helped me understand that everything in the universe is alive because of Allah’s dynamic loving (Walayah). That understanding has given me the foundation for realizing that our creation, life, death and resurrection is also His dynamic love.

In this two-way relationship, (classified by Loving, Lordship, Cherishing from Allah and loving servitude, as well as adoration from the creation), one can fulfill his most intense needs and desires and get closer to Him. That has been my most intense desire, need and my journey through life.

In light of Walayah, one learns that everything one goes through in life is directly or indirectly given to us from Allah and is ultimately for his benefit. Whether one is poor or rich, weak or strong, sick or healthy, facing calamities or not, he is going through lessons of life that will ultimately bring him closer to his Lord. This world view has changed my attitude toward God and has made me aware that in all circumstances, I need to be thankful toward Him, as opposed to resenting Him for difficulties in my life. Calamities, no matter how difficult they are, are part of life’s journey toward Him.

The biggest lesson that I have learned from Dr. Hamid is that ultimately I am NOT in charge of my advances toward Allah. Let me explain: one can only “receive” cleansing. One CANNOT cleanse himself, because only Allah can cleanse. This is important because as long as one feels or thinks that he is in charge of advancing in becoming better (not seeing Allah as being in charge), one will stay disconnected from the Walayah of Allah in respect to his cleansing and becoming a better person. That ultimately means he will not advance toward Allah at all. When someone who tries to go about a meaningful life thinks that they are advancing alone, he thinks that’s because of his own deeds and gives himself credit which in return turns him away from Allah (because this is taking other lords besides Him – the greatest sin). And he’s getting lost further while thinking he is getting closer.

And what kind of being lost is worst than this kind?

So, I thank Allah for showing me the way through Dr. Hamid. My sincerest wish for those who come across this site is that they will be open to its message and truly benefit from his precise knowledge of Islam and use this knowledge to find their way through life. Amen.