A Subtlety in the Relation of Ignorance to Consciousness 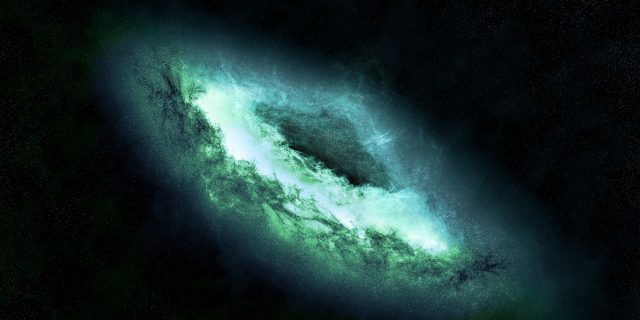 In the previous post in the Reflection section we have begun a discussion of the Qurʾānic and AhlulBayti concept of ʿaql and ways to express that concept in English. Brother dhulfiqar110 made some points regarding Amir-Moezzi's “hiero-intelligence”; during the discussion a subtle and profound point in the science of the Decisive Sign (Āyaḧ Muḥkamaḧ) spilled out. This point is perhaps too advanced and delicate for general audiences, and I considered moving it to the private Meditations section of Ḥusayniyyaḧu ãl-Bayān. But let's see how it goes here in the public section.

Briefly: The relationship of ʿaql and jahl are intimately connected with the famous principle of Walāyaḧ as enunciated by AhlulBayt (S):

No absolute predestination and no absolute free will, but rather a matter between the two matters.

To expound this in full detail would take a long time. In his Fawāʾid Ḥikmiyyaḧ ał-Shaykhu ãl-Awḥad (Q) explains the philosophical relation between predestination and freedom of choice in a way that cannot be surpassed. The corresponding relationship between ʿaql and jahl is implied, but not given too explicitly. But meditation on the following will open a door, in shāʾa Ãllāh.

In the ḥadīth of ʿAql and Jahl the Imām says,

Surely Allah (in His might and Majesty) created Nexal Consciousness – and it is the first of the spiritual beings – from the light of the right side of the Empyrean. So He said to it: “Go back!” and it went back. Then He said,“Come forth!” and it came forth. Then He said, “I have created you as a magnificent creation, and have honored you over my entire creation.”

Then He created Ignorance from a murky, brackish sea. So He said to it: “Go back!” and it went back. Then He said, “Come forth!” and it did not come forth. So he said to it, “Are you conceited?” and cursed it.

The following are among the seventy-five troops that Allah gave Nexal Consciousness [along with their opposites from the troops of Ignorance]:

Within the human being, jahl corresponds to the “me-consciousness” of the self (nafs) that is trapped in the matrix of its own fear & hope; desire and anxiety; and love; ʿaql corresponds to the nexal “I-consciousness” of the self that is always responding to the call of its Creator; acting in harmony with His Action or Tao; and grasping the objective connexions or nexuses between the various categories of signs and symbols, leading to ever greater maʿrifaḧ (cognizance) of the macrocosm, the microcosm, and Allah (SWT).

In the human being as one grows and develops, these two battle it out over and over in a war that can go on for a lifetime or even beyond. But if ʿaql wins the war, then what happens to jahl? Is it destroyed? In Sufi, Hindu and Buddhist traditions the “me” or the self is destroyed or annihilated; indeed, it is considered to be ultimately unreal. But this is not the way of AhlulBayt (S). Rather, in dialectical fashion, the self or “me” submits to the “I” viz. the heart (qalb) and follows its lead. Hence the saying of the Messenger of Mercy (S):

Everyone has his own satan.

He replied, Yes, even me; but my satan has oriented itself (done Islam) at my hands (aslama ʿalā yadayya).

So if they turn forward, stand in communion, and purify their wealth, then they are your siblings in the Way of returning the debt [of walayah]. And we make distinct the signs to a people who know.

Remember in the Ḥadīth of Nexal-Consciousness and Ignorance that Jahl was called forth but did not go forward. This points to the meaning of tawbaḧ: Tawbaḧ is the turning forward in response to the call of Allah after having ignored it.

But it is the very self or “me-consciousness” that turns forward after it has been defeated in battle by the heart or nexal “I-consciousness”. Note carefully the words of the Imām (S):

But IF you disobey again after that I will remove you and your troops from my Mercy.

The ‘if’ in the ḥadīth is crucial. It means that Jahl is not predestined in some Gnostic fashion to always disobey. Rather, Jahl can choose to obey. When it does, it can become the very sister of ʿAql. Allah (SWT) has given to Jahl the gift of freedom of choice!

The becoming of Jahl is captured in the becoming of the self or “me-consciousness”: First it is ammāraḧ (commanding to evil); then it is lawwāmaḧ or self-blaming.

Then, when ʿAql has won – when it has won not just a battle here or there but the entire war – the “me-consciousness” becomes muṭmaʾinnaḧ (tranquil) and finally reaches the stage of rīḍā and is finally rāḍiyaḧ (well-pleased):

In the Arabic the feminine gender is used throughout these āyāt for the self or “me-consciousness”. This is why we refer to the Tranquil Self as the Sister of ʿAql. But she starts out as an enemy of the “I-consciousness” in the heart:

O you who have entered the sanctuary of dynamic belief and action! Among your wives and children are an enemy for you so beware of them!

As another example consider Ibrahīm (A), who in the Qurʾān self-describes himself as kāfir in Sūraḧ 60 (kafarnā bikum). But the kufr of Ibrahīm (A) was a divine act of negative walāyaḧ (also called barāʾaḧ) against the pagans and polytheists. So kufr, one of the troops of Jahl, is sublimated into an arm of ʿAql for whose “me-consciousness” is muṭmaʾinnaḧ (tranquil).

Or yet another example: Jesus (A) told Satan, “I will never obey you.” Satan said, “Say that Allah is One!” Jesus replied, “I will not say it in accordance with your word!” Rejection (juḥūd) of what one recognizes to be true is one of the troops of Jahl, but in the case of ʿĪsā (A) it is an arm of ʿAql.

There is much more that can be said by way of clarification. For example, without the principle or dialectical moment of Jahl, self-identity becomes impossible; reward and punishment lose their meaning; and one falls into that philosophical and meta-mystical mistake of existential monism (waḥdaḧu ãl-wujūd). We save that discussion for another occasion. But for the general matter of the relation of ʿAql and Jahl, then meditation of the above points will, in shāʾa Ãllāh, be sufficient and will eventually lead to clarity. After all,

Knowledge is a dot; the ignorant have multiplied it!