Navigation Menu
Home>>Blog>>Towards the Nexus of ʿAql: A Note on Method

Towards the Nexus of ʿAql: A Note on Method 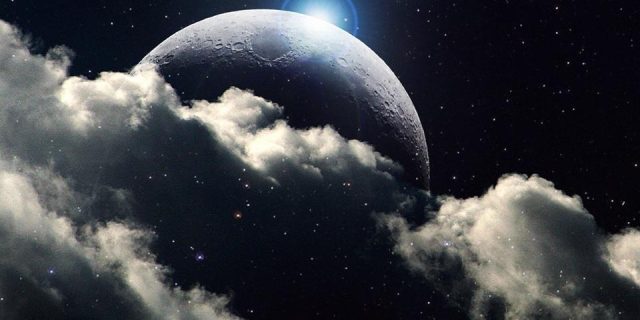 This is another followup to our first reflection on the Qurʾānic and AhlulBayti concept of ʿaql. In particular, we are moving towards a discussion of the use of the word ‘nexal’ to help in the translation of ‘ʿaql’ into English. First, a note on method.

As mentioned in the reflection What is ʿAql? Towards a Nexal Consciousness, translation, especially of divine speech, is always provisional; we must continually be open to new and better possibilities. So these reflections must not be considered absolutely final; only steps in a meditative and phenomenological struggle to mirror the expressions of the Qurʾān and the Imams (S) in something close to educated yet common English. Now each word of the Qurʾān and the Imams (S) has its own semantic field that we would like to capture as closely as possible. Loosely speaking, the following guidelines play a role in our method:

When one studies and meditates the entire semantic field of ‘ʿaql’ as used in the Qurʾān and by the AhlulBayt (S), it becomes obvious that the words ‘reason’, ‘intelligence’, ‘intellect’ etc. are far too restrictive. Adding a rare, Latin prefix such as ‘hiero-’ (meaning “holy” or “sacred”) compounds the matter and makes it even more restrictive, if not obscure. We end up with an abstract substantive neologism that completely loses the dynamic semantic field of the original word. For example, in the Qurʾān we read,

They hear the speech of Allah. Then they alter it after they have done ʿaql of it; they do so knowingly.

According to AhlulBayt (S), what this means is that some of the Jews of Medina recognized the binding connection (ʿaqalū) between what was in their books and the person of the Messenger (S). That is, they knew that the Messenger of Islam (S) was indicated in their own books. But there was nothing holy or sacred per se about this recognition of the binding connection. ‘Hiero-Intelligence’ does not help us here. We need something less restrictive to capture the larger semantic field of the gerund and verbal noun ‘ʿaql’.

Digression: There are other problems with ‘Hiero-Intelligence’. For example ‘ʿAql’ has a cycle of movement that involves 28 dialectical degrees of descent and 28 dialectical degrees of ascent, moving through both the hiero- degrees of reality and the more “profane” ones. In this context the attribution of the activity of ʿaql to those particular Jews who altered the speech of Allah can be contextualized (we will not get into the details of how to do that here).

And we have already mentioned the Gnostic and Neoplatonic connotations in our earlier discussion. Going into even more detail is possible but will not be very useful; so we will steer clear of wearying and hair-splitting semantics and pedantics. I will only add that the philosophical method of AhlulBayt (S) is one of dialectic, not hypostasis. There is no -stasis or static hierarchy of states involved: This sort of -stasis thinking led to the Trinity in Christianity and to certain Gnostic Ghulāt speculations in Islam, speculations the Imams emphatically rejected. Again: We cannot get into greater detail here on this issue; we just reemphasize the principle of bracketing alien or technical systemic frameworks in the search for accurate translation of the terminology of the Qurʾān and the Imams (S).

Back to our topic: Provisionally, the common English words ‘consciousness’ and ‘awareness’ are expressive enough to capture the range of various concepts of ʿaql as expressed in the Qurʾān and by the AhlulBayt (S). On the other hand, these two words are perhaps too expressive; their range is in some ways too wide. Fortunately, the word ‘consciousness’ in recent English usage has acquired a general sense that closely approximates the semantic field of ‘ʿaql’. Indeed, ‘consciousness’ has become something of a buzzword among lay speakers of English searching for a greater grasping of the macrocosm and the microcosm, of the world at large and of themselves.

Thus, as long as the sense is precisely specified, we can use ‘consciousness’ as a translation of ‘ʿaql’.

Yet we still have to specify what that sense is. The word ‘ʿaql’ itself provides the key. But as this reflection has already become longer than intended, we will save the key for the next installment in this series, in shāʾa Ãllāh!